A Child’s Reasonable Preference: Can a Child Decide Which Parent To Live With? 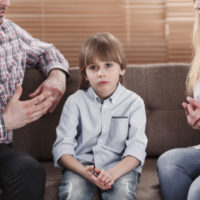 Read on to learn whether a child can decide which parent they want to with.

A reasonable preference generally comes from a child who the court considers experienced, intelligent, and understanding. Age plays a significant role in maturity, but it is not always a fact that an older child is more intelligent and experienced than a younger one. Since children mature differently, Florida courts usually determine a child’s ability to provide a reasonable opinion by considering their unique characteristics, and not just by considering age.

Unfortunately, in some instances, children present their opinions due to rebellion. Once a court determines that a child is only rebelling, the opinion of that child becomes invalid. Some parents also influence their children to express particular opinions. If a judge determines that a parent influenced their child’s views, those opinions become invalid.

Can a Child Decide Which Parent To Live With?

Some Florida parents have been misled to believe that children of a certain age can dictate to the judge which parent they want to live with most of the time. For example, many believe that children over the age of twelve can have the final say in custody matters. While it is true that judges give more weight to the opinions of intelligent, mature children who are further away from the tender years, it is not unusual for judges to give importance to the views of younger children. Regardless of the weight that judges place on children’s opinions, a child’s reasonable preference is never used solely to decide which parent they live with most of the time. Therefore, a child cannot choose which parent to live with.

If you need assistance with your child custody case, contact a Fort Lauderdale family attorney at the office of Joyce A. Julian, P.A. at 954-467-6656 to schedule a consultation.