Alimony in Florida: How Much and for How Long? 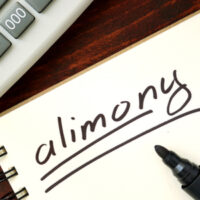 Alimony is the term used to describe payments that a spouse makes to their former partner following the dissolution of a marriage. Under Chapter 61 Section 8 of the Florida Statutes, and in relation with a divorce proceeding, a court may order alimony payments to be made in lump sums or periodically. As stated in the statute, alimony can take one of the following forms:

In determining the method and amount of alimony payments that a former spouse will make to the other party, the court takes into consideration a wide array of facts and circumstances, such as the standard of living established during the marriage, the marriage duration, the age and resources, as well as the earning capacity, education level and employability of each party, among others.

The ‘battle for reform’

Florida last reformed its alimony statute almost ten years ago, in 2011, when “bridge the gap” alimony was introduced. Since then, two bills looking to reform the alimony statutes introduced in 2016 and 2017, have passed in the Florida Legislature. However, Former governor Rick Scott vetoed both.

In February this year, Representative Alex Andrade (R) introduced a bill in the House of Representatives (HB 843). This bill included reforms aimed at abolishing permanent alimony payments, while prioritizing ’bridge the gap’ alimony. The bill also looked to cap rehabilitative alimony by limiting it to 5 years, and durational alimony by establishing that it should only be only paid for up to a period equal to half the length of the marriage. Senator Kelli Stargel (R) introduced a similar bill in the senate (SB 1832).

While the house bill passed the review of the Judicial Committee, it was withdrawn from consideration on March 14, 2020, as was SB 1832. However, Representative Andrade, the proponent of HB 843, indicated that he would run it again next year.

The reform of the alimony statute is a highly debated subject with supporters on both sides of the reform. Whether the statute remains as currently drafted or if any reform is passed in future legislative periods, a lawyer specialized in divorce law will be able to respond to any inquiries on the subject and on how proposed reforms could affect current or future situations, should any proposed bill become law. If you have any questions or need assistance in a divorce proceeding or in the calculation of alimony payments, contact a Fort Lauderdale divorce attorney at the office of Joyce A. Julian, P.A.  at 954-467-6656 or visit us online to schedule a free consultation.