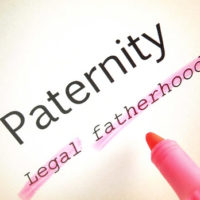 When a child is born out of wedlock, many unique issues arise. Chief among them is the identity of the father, which is not always cut-and-dry. As a result of technological advances, the ability to ascertain paternity with a large degree of certainty is now available. However, as with most tests, even in today’s advanced society, they are not fallible, and can sometimes result in a false reading. In such cases, purported fathers can be forced to pay child support (one of the primary reasons for paternity tests) even if they are not, in fact, the child’s father. Engaging the services of an experienced family law attorney, and especially one having expertise in paternity issues, is essential to work towards correcting this wrong. While most errors in paternity tests are a result of the test not being able to be 100 percent conclusive, the example illustrated here shows how a positive test result can be attributed to a nefarious motive on the part of the testing authority. While an extreme example, it nevertheless illustrates the fallibility of paternity tests – whether inadvertent or purposeful error.

The Ability to Challenge

In situations where a father wishes to overturn a determination of paternity, known as disestablishing paternity, Florida law allows for him to submit a petition to do so. In order for a disestablishment petition to be considered, the following elements must be present:

Once the petition has been filed, the court will look to see whether the following additional factors have been met:

If you have reason to believe that a claim of paternity against you is inaccurate, and you are curious about how to challenge this claim, contact the Fort Lauderdale paternity attorneys at the office of Joyce A. Julian, P.A. Due to the nature of this issue, and the involvement of penalties for failure to pay child support, time is truly of the essence, and as soon as you discover a discrepancy, contact these attorneys immediately. It may be possible to overcome a determination of paternity, and, if you are not the child’s father, our team can help you. Contact us for a free consultation.