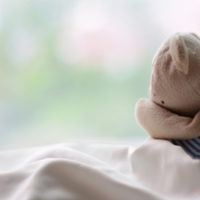 Parents usually strive to deliver what is best for their children, and make conscious efforts on a regular basis to put their children first. Allegations of child abuse, neglect, or abandonment turn these notions on their head, and put parents in the position of defending their fitness in dependency proceedings. The dependency process is a court-supervised procedure under which a child believed to be living in a dangerous situation is made a ward of the state, and the parent is forced to comply with mandated guidelines to correct the situation and keep the child, or face potential termination of his/her parental rights. Thus, these cases are very serious, and an attorney experienced with dependency cases should be consulted to ensure the proper steps are followed, and to achieve a higher chance of a satisfactory result.

Dependency cases are instigated by reports to police and/or the state hotline about suspected cases of abuse, abandonment, or neglect. These reports can be made anonymously, which can make it extremely difficult for parents to contest their veracity. In addition, cultural practices can appear as neglect or abuse to one person, but perfectly normal and healthy to the parent. An example of this confusion is highlighted in a recent article about the efforts of a Broward circuit judge in the dependency division to help the Seminole Tribal Court integrate western practices, while honoring established traditions, as it seeks to set up a formal judicial system. This collaboration is important to keeping families together, and illustrates why blanket accusations can be dangerous. A discussion of what it means to abandon, neglect, or abuse a child, and what the state must prove to convince a court to move forward, will follow below.

What Is Abuse, Abandonment, and Neglect?

As noted above, dependency cases are primarily about ensuring the child’s welfare is protected, which may include removal from the home and/or the demand that a parent make specified changes to make environment safe for the child. Consequently, there are three situations that are considered unsafe enough to justify potentially taking away a parent’s rights to his/her child: abuse, neglect, or abandonment. Understanding what each term means in the legal world is important to determining if the parent truly made decisions that endangered the child.

Abuse means an intentional act or threat that causes mental, physical, or emotional injury, or is likely to significantly impair the child’s wellbeing.

Abandonment occurs when a parent fails to provide for the child’s needs or fails to establish or maintain a meaningful or positive relationship with the child. In other words, the parent does not participate in childcare duties, nor makes an effort to keep regular contact.

Finally, neglect happens when a child does not receive necessary food, clothing, shelter, or medical treatment, or is forced to live an environment that endangers his/her physical, mental, or emotional health. However, deprivation due to financial constraints, unless help was offered and rejected, or the denial of medical care for religious purposes, are not grounds for neglect by themselves.

What Must Be Proven

Dependency proceedings are civil cases, and as a result have a lower standard of proof compared with criminal matters. In effect, this means the state does not have to produce the same amount or level of compelling evidence to prove the parent abused, neglected, or abandoned the child. Instead, the state must prove by a preponderance of the evidence that the child was endangered, which requires convincing evidence the allegations are more likely true than not. This step occurs at the adjudication hearing, and is the marker of whether a case plan will be imposed, or the case dismissed. Having an attorney at this juncture, though earlier is better, is crucial to containing the reach of this process.

Speak with an Attorney

Having your child taken away is scary and overwhelming. Dependency cases put enormous stress on a family, and can be conducted in an unfair manner. The attorneys at the office of Joyce A. Julian, P.A. understand how devastating these allegations can be, and know how to present a case that will give you the best chance at preserving your family without state supervision. Contact the Fort Lauderdale office for a free consultation.