Child Timesharing and the Death or Incapacity of a Parent 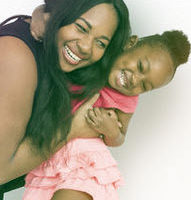 Planning for all of life’s contingencies is rarely possible, but parents of young children, especially divorced parents, have particular timesharing concerns that should be addressed. If something were to happen to one or both parents, particularly if one parent provides most of the childcare, establishing who would have rights over the children is an important decision that should be made ahead of any such unanticipated occurrence. In addition to the death of a parent, a parent who loses the ability to care for a child due to the onset of physical or mental impairments would also trigger the need to rearrange child care and custody. While the surviving or fit parent would get sole custody in most circumstances, this outcome is not necessarily guaranteed, and could be influenced by a number of factors, including whether the deceased or incapacitated spouse remarried. In addition to settling custody and/or guardianship of the child, other relatives, specifically grandparents, could petition for the right to visitation with the child, which adds another layer of complication to these situations. A discussion of a parent’s right to sole custody upon the death or incapacity of the other parent, as well as the rights of other relatives to see the child, will follow below.

Parent’s Right to the Child

As most people are aware, when parents are married they both have equal rights over the child. Thus, if one parent dies, all parental rights automatically descend to the remaining parent, minus extenuating circumstances. Following divorce, rights over a child would depend on the custody order in place. Parents with shared custody, which is the norm, would result in the same outcome as if the parents were married – the surviving parent receives full custody. However, if the deceased or incapacitated parent was awarded sole custody, a situation that is rare and usually connected with a parent who presents a danger to the child, the other parent would have to formally petition for custody. In these circumstances, a court would not be so ready to award custody to the surviving parent, and other relatives may have a reasonable claim to request custody or guardianship authority, especially if the deceased or incapacitated parent named a relative as the designated guardian in an estate plan.

One additional issue that could further complicate the determination of custody is if there is a stepparent in the picture. Florida does not grant stepparents any rights to visitation or custody following a divorce or death of a spouse. However, a stepparent is eligible to adopt a stepchild, with the cooperation of the spouse, if the other parent consents, cannot be located after a diligent search, or has parental rights terminated due to abuse or neglect. Once an adoption is granted, the stepparent has all the rights of a biological parent, and can petition a court for full custody if necessary.

Rights of Other Relatives

Typically, parents are given broad authority to decide who will have access to their child, including other relatives. However, Florida law makes a slight exception for grandparents, due to the special nature of grandparent/grandchild relationships, which allows them to petition for visitation in two limited circumstances:

Assuming such circumstances exist, the court must also determine whether the visitation is in the child’s best interest and will not substantially harm the parent/child relationship – meaning the bar to obtain visitation for grandparents is appreciably high.

Timesharing concerns are always paramount for parents, and if you need help with this issue, consulting an experienced family law attorney is the best way to protect your interests and those of your child. Fort Lauderdale attorney Joyce A. Julian, P.A. knows how emotional and sensitive child timesharing is, and can provide the dedicated services you need to obtain the best possible outcome. Contact her office today to schedule a free initial consultation.