Dealing With False Allegations Of Domestic Violence During Divorce 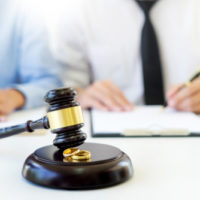 Most victims of domestic violence truly suffer from physical and/or psychological abuse, and need to get out of the abusive situation to ensure their safety and that of their family. However, and this fact makes it more difficult for victims to be taken seriously, others choose to make false accusations, often in hopes of gaining the upper hand in divorce proceedings. Such actions can hurt the reputation of the falsely accused, and impair their ability to exercise parenting time, among other issues. Typically, domestic violence allegations are coupled with obtaining a domestic violence injunction, which prohibits the accused from having contact with the alleged victim, as well as their children in many cases. The implications of an injunction are huge, and can easily impact where a person lives, his/her employment, and the right to see their children. Thus, quick action to fully disprove such claims at the full hearing on the merits of the injunction should be implemented right away, which calls for hiring an experienced family law attorney. Michael Caruso, a candidate for the Florida House, has been fighting allegations of domestic violence connected with alleged incidents that occurred around the time of his divorce, allegations he strongly denies and, further, despite several inquiries by police, no charges have been filed and a restraining order request was denied. A discussion of why a spouse would level false accusations of violence, and how to respond to reduce the likely impact on the outcome of divorce, will follow below.

Why False Accusations Are Made

Unfortunately, divorce can bring out the worst aspects of some people, and can lead to one spouse looking for ways to increase his/her chance of getting the desired outcome out of fear and aggression. One of the primary motivations for false accusations of domestic violence is to gain an advantage in child custody matters. Convictions for domestic violence or injunctions are treated as evidence a parent is a detriment to his/her child, and creates a presumption against shared custody. Thus, parents determined to get sole custody of a child may try this tactic to make the possibility, which is usually difficult to achieve, a closer reality. In addition, some spouses use domestic violence as leverage to negotiate a better property settlement or alimony. In fact, while not explicitly denoted as a factor in property division, if a spouse claiming to be a victim of domestic violence also has limited knowledge and access to marital funds, a court could give him/her a greater share of the assets.

The inclination to respond promptly and aggressively to false allegations is understandable, but unlikely to get a person the results they want. Quick action is absolutely necessary, but should be implemented with forethought and purpose. The full hearing on the merits of the injunction is the only real chance a person has to minimize the effects of these accusations, and should be prepped for in advance. Specifically, the accused should look to do the following:

Speak with a Family Law Attorney

Domestic violence should never be taken lightly, and if you are facing false accusations in conjunction with a divorce, talk to an experienced family law attorney about your situation. The attorneys at the office of Joyce A. Julian, P.A. understand the obstacles you are facing in divorce if an injunction is issued, and know how to build an argument to disprove these allegations. Contact the Fort Lauderdale law office for a free consultation.