Divorce from a Non-Citizen 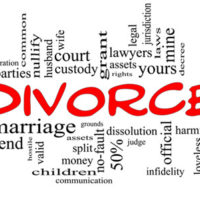 Immigration is a topic one constantly sees in the news, and Florida is known to attract a large number of new residents from Cuba, Central America, and Mexico. With the path to U.S. citizenship quite long and complicated, many will remain non-citizens for years, but this does not mean this population will not face the same life issues of marriage and divorce. Non-citizens have equal access to Florida’s family courts as long as they meet the residency requirements of living in this State for at least six months and intending to make Florida their permanent home. Thus, a person’s visa status does not control whether a Florida court can issue a divorce to a non-citizen, but this situation can present issues in other areas, both related to the terms of the divorce and immigrant’s ability to remain in this country, which should be discussed with an attorney before filing a petition. Further, the implications of divorcing a non-citizen are equally relevant to the other spouse, as are certain aspects of the divorce, particularly enforcing some of the provisions of a settlement or court order. A discussion of the unique issues facing a divorcing couple when one spouse is not a U.S. citizen will follow below.

One of the main points of divorce is to divide marital property between the spouses so that each gets a share of the assets they contributed to accumulating. In Florida, marital property is divided according to what is equitable or fair, which in most cases, means assets and liabilities will divided in roughly equal proportion. One issue that can greatly complicate this goal is if a spouse owns property in another State or country. Florida courts only have authority to order the division of assets located in this State. If property is located elsewhere, which is not uncommon when one spouse is from another country, the division of those assets will have to be handled by a local court in that location. Thus, additional time and cost will be necessary to enforce the division of out-of-state or foreign assets, which is an issue that should be taken into consideration when dividing assets located in Florida i.e., perhaps demand a greater share of Florida assets if the assets located in other jurisdictions are of notable value.

The other potential complication with a divorce involving a non-citizen is how to handle child custody. Courts look at the best interests of the child, and while a parent’s immigration status may be a factor, it will not prevent a court from giving the parent rights to parenting time and decision-making authority. The main issue will come down to whether the non-U.S. parent intends to return to his/her home country with the child, and this parent’s fitness to provide for the child over the resources of the U.S. parent. Another aspect complicating child custody is the ability of a Florida court to enforce the terms of the parenting plan if a parent takes the child out of the country. Florida courts have no power in other countries, and if a parent decides to keep the child in violation of the court order, the U.S. parent will have a hard time getting the child back. In the best case, the country where the child is located abides by the Hague Convention Treaty, which regulates international child custody disputes, and obligates the local authority to determine where the child home state is and return him/her there if appropriate. If the child is located in a country that does not follow this agreement, the U.S. parents will be at the mercy of local authorities, which may or may not support the child leaving. Working with an experienced divorce attorney is crucial to creating a child custody arrangement that is less likely to be violated.

Divorce brings significant changes to a family, but a non-citizen spouse presents additional potential challenges.If you are in a divorce where citizenship is an issue, talk to the attorneys at the office of Joyce A. Julian, P.A.  about your rights and options. The implications of divorce are long lasting, and should be guided by an experienced attorney. Contact our Fort Lauderdale divorce attorneys today at (954) 467-6656 for a free consultation and learn more.