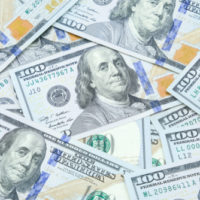 Figuring out finances post-divorce is challenging for all couples, but spouses who face drastic reductions in income due to caring for children or lack of marketable skills have a much more serious situation to address. Many in this position will seek alimony from the other spouse, but this issue tends to provoke a large amount of disagreement, especially if the spouse needing assistance wants the spousal support to continue indefinitely. Permanent alimony has been a source of controversy for a significant period of time, and lawmakers have tried a number of times in recent years to reform this area of divorce law. So far, none have passed into law, but a new attempt is underway by the Florida Family Law Reform Political Action Committee to find new sponsors for a bill that would alter the current structure of how alimony may be awarded. A discussion of the main points of the group’s proposed changes, and how it differs from the current options available, will follow below.

For years, opponents of alimony have pushed for an elimination of permanent alimony, and this goal is a central part of the current proposed legislation. Supporters of alimony reform feel that the present laws, which give courts broad discretion in approving and structuring alimony awards, is strongly unfair to the payor, and seek to lessen this burden by limiting the amount of time alimony would be obligated. Some of the key changes that are included in the most recent attempt at reform include:

The underlying motivation pushing reformers to make these changes is the feeling that the current system allows for too much uncertainty and never-ending obligations. However, most marriages do not qualify for permanent alimony, with most awards lasting just a few years beyond divorce. In addition, the person asking for alimony must also prove he/she needs assistance and that the other spouse has the ability to pay. Thus, this support is not something granted without justification. Further, those who do qualify for longer obligations are typically a product of long-lasting marriages where one spouse spent little or no time in the workforce and now has no realistic expectation of finding supportive employment at an older age. Most awards, though, are limited to just a few years and are intended to help the former spouse transition into living on one income or to gain the training/education he/she needs to gain adequate employment. While some amount of reform is likely to be instituted at some point, a divorce attorney should be consulted about your rights related to this issue.

Alimony is one of those issues that tend to produce a lot of pushback. If you are seeking alimony as part of your divorce, talk to Joyce A. Julian, P.A. about your options. Give yourself the best opportunity to get the money you need and call the Fort Lauderdale divorce firm today at (954) 467-6656 for a free consultation.