How Can Parents Protect Their Child From Harm During Divorce? 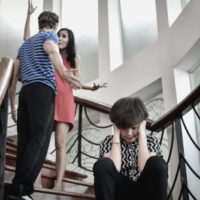 Divorce is a painful process for everyone involved, but most parents try to shield their children from the worst of the stress, frustration and disagreement. While some divorces are the result of a mutual decision by both spouses, others are completely instigated by one party, and actively protested by the other. While Florida is a no-fault divorce state, meaning a spouse who disagrees with ending the marriage has little say in the ultimate outcome, eventually most reconcile themselves to the idea that divorce will happen. However, there is a small number of spouses who refuse to accept this fact, and may take steps to stop the other spouse from moving forward. Unfortunately, this action can manifest as physical violence and/or threats against the other spouse and their children, as this person attempts to use any leverage they can to gain control of the situation. A man from Lady Lake, Florida, recently drowned his 17-month old daughter because his wife was divorcing him. This extreme and tragic example of a spouse unwilling to accept the reality of divorce may be preventable if the appropriate steps are taken to put protections in place as soon as a legitimate threat of violence is perceived or a violent incident occurs. A discussion of how and when to use injunctions to secure one’s safety will follow below.

What Is an Injunction for Protection?

When there are physical and/or verbal threats of violence among members of the same household, particularly immediate family, the law treats this as domestic violence. Often, if immediate action is not taken at the first sign of abuse, the violence tends to escalate and can lead to serious injury and death. An injunction for protection against domestic violence is a court order that directs a person identified as a domestic abuser to stay away from certain family members. The purpose of a court order is to give police authority to immediately arrest the named individual if the terms of the injunction are violated so that additional violence may be avoided. The following are types of behavior that would constitute domestic evidence, and represent the type of evidence a person would need to show before a court will take action:

Who Can Get One?

Family and household members are permitted to file a petition for an injunction, including a parent on behalf of a child. Note that not being a spouse of the named person does not prevent asking for an injunction, and to obtain one, the petitioning party must only show he/she or a child was victim of domestic violence or in imminent danger of becoming one.

What Does It Cover?

Injunctions are intended to keep the abuser away from potential victims, and all start from the position that no contact is allowed between the family/household members listed in the petition. This prohibition includes phone calls, emails, texts, visits or any other form of communication. Further, injunctions typically order the abuser to vacate the family home, regardless of who has ownership/lease rights, to ensure he/she does not have daily access to the victims. Further, temporary orders regarding child support and custody rights may also be issued in conjunction with these orders to limit/prohibit the dangerous parent from seeing the child. Working with an experienced family law attorney to ensure the proper protections are put in place is crucial to exiting a divorce from an abuser with as minimal damage as possible.

No one should have to worry about being abused, and if you or your child is in danger from a violent spouse/partner, contact a family law attorney as soon as possible to about protecting your safety. Joyce A. Julian, P.A. works with clients in the Fort Lauderdale area in all issues related to divorce and family law, including domestic violence, and knows how to get the help you need. Contact the office to schedule a free consultation.