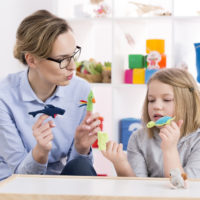 Children of divorced parents often suffer from difficulties adjusting to the transition of living between two homes and seeing their parents split apart. The security and trust a child is known to derive from living with both parents is gone, and the child may internalize or act out his/her reaction to this situation. Placing the child in therapy following a divorce is not uncommon, and can provide the environment the child needs to make a healthy adjustment to the new family dynamic. Sessions between a psychologist/psychiatrist are usually treated as confidential and not subject to discussion in a court case. However, in the area of child custody disputes, this line is not always so clear. Depending upon the context of the custody dispute, the court may find that the records are necessary to protect the best interests of the child. Both the child and parents may be reluctant to have this information released in open court, which could be an important motivator for the parents to settle this dispute privately. However, when a court is asked to address child custody matters, the outcome is not always certain, nor is the type of information the court will allow into evidence. Understanding how therapy records may be used in a custody dispute can help parents decide how they want to proceed.

Can the Child Consent or Object?

As mentioned above, psychotherapists and their patients enjoy a legal privilege that prevents the psychotherapist from testifying or releasing patient records without the patient’s consent or if the court orders its release, minus a few exceptions. In the case of child therapy, the child would be the patient, and older children, with sufficient maturity, would be permitted to assert this privilege on their own behalf. However, other individuals can also waive or assert the privilege on the child’s behalf if the minor is too young to make this decision, including an attorney representing the child, a guardian, or the treating psychotherapist.

A court may also order the relevant testimony or patient records when the best interests of the child would require this disclosure, especially if it would relate to the child’s well-being or the parent’s fitness. A court can put protections in place to limit the general release of this sensitive information, such as reviewing the records in chambers or limiting what is revealed as much as possible.

Child custody can easily become hotly disputed, and accusations about the capabilities of each parent and the child’s welfare are often made by both sides. Figuring out the truth of these accusations can prove difficult, but testimony from a therapist can speak to the emotional and physical well-being of a child with each parent, as well as provide facts about the case from the child’s point of view. Specifically, the therapist may be able to provide information about which parent can better provide for the child and how parenting time should be structured to best support the child’s needs.

One final important point is that under Florida case law, a parent in a custody dispute cannot assert privilege on behalf of the child because of the potential for a conflict of interest. Instead, a guardian ad litem may be appointed to represent the child’s interest, including consent to the release of therapy records, and the psychotherapist could as well. Deciding whether to consent to the disclosure of information from a child’s therapist is not an easy decision, and many factors should be weighed when considering this option, but some cases could be greatly helped by this information. Consulting a family law attorney is an essential part of making an informed decision on this issue.

Child custody disputes are complicated matters that bring in the input of numerous outside sources about what is best for the child, including the child’s therapist. If you have concerns about the use of this information in your custody case, call Joyce A. Julian, P.A. to review your options. It may be possible to limit or block the release of this information, and our Fort Lauderdale child custody attorneys are here to help. Contact us for a free consultation.