How To Approach Legal Disputes Over Time-Sharing 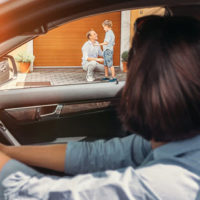 Most parents put their children as a priority over all other aspects of their life – work, friends and privacy usually being the primary things sacrificed, and this understandable devotion to their children can lead to protracted time-sharing disputes. Parents will inevitably differ over childrearing decisions, and sometimes these disagreements can be heated and prolonged. Normally, though, some point of compromise is struck for the sake of moving on and the child’s needs. However, divorce can lead to a complete stalemate over all issues related to a child that cannot be overcome through negotiation or mediation, and requires a court to settle how parenting time and decision-making responsibilities will be shared. Absent extenuating circumstances, both parents will be granted some degree of involvement with the child, but this does not mean each parent will receive the same share. Battling over time-sharing issues are exhausting endeavors on multiple levels, and knowing how to best prepare and present one’s position to the judge is important to getting the desired outcome. A discussion of what judges tend to look for in custody disputes, and some issues that can potentially damage a parent’s case, will follow below.

When courts look at time-sharing issues, they are first and foremost concerned with what is in the best interests of the child. While the law does greatly favor the sharing of parental responsibilities, ultimately, what best suits the child should control the outcome. To ascertain which arrangement would be best, the court must objectively evaluate the capacity of each parent to provide the child with a healthy and loving home. Thus, parents in the middle of a custody battle could leave a favorable impression in the court’s eyes by demonstrating a greater involvement in the daily life of the child as compared to the other parent. Keeping records about which parent is more engaged is important to proving this point, and should include information related to the following:

Pro tennis player, Victoria Azarenka, is currently in a highly-contested custody battle with her ex-boyfriend and father of their young son. To avoid leaving the child with her ex, she chose to skip a major tennis tournament over the summer, an action that could leave a favorable impression with the courts, and is representative of the commitment courts want to see from parents litigating parenting issues.

Coming from the other direction, it is equally important to refrain from leaving a bad impression with the judge by participating in or exposing the child to inappropriate or dangerous situations. Consequently, if a parent does engage in behavior that could be viewed as problematic, i.e., excessive gambling, drugs, alcohol, etc., it is best to stop immediately to avoid negatively impacting a custody dispute. Further, sending emails or making phone calls to criticize or harass the other parent could also damage efforts to seek a greater share of parental responsibility. In practical terms, this means refraining or drastically limiting posts on social media, and only communicating with the other parent on positive issues. Posts and messages can be misinterpreted or presented in negative light at trial, but the less information the other parent can access, the harder it will be to make a claim the other parent is less capable.

Time-sharing is a central and pivotal issue to parents that calls for help from an experienced family law attorney who knows how to protect your rights and your child’s interests. Joyce A. Julian, P.A. has over 30 years of experience with family law cases, and is dedicated to helping your family achieve the best possible result. Contact the Fort Lauderdale law firm today for a free initial consultation.