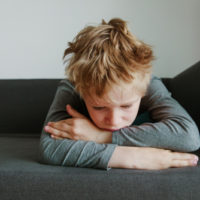 Parents going through a divorce or separation are often primarily concerned with how child custody arrangements will be established, an issue that parents can negotiate, but a court must approve. Such discrete oversight is employed in child custody matters because the child’s welfare is at stake, and children do not have the capacity or legal right to decide their own living arrangement. Consequently, it is important to have some understanding as to which court will have the authority to decide a particular child custody matter, a concept called jurisdiction. A discussion of when courts may exercise jurisdiction to establish and modify child custody orders will follow below.

Without jurisdiction, a court cannot hear a matter or act on a party’s behalf, and jurisdiction in child custody matters can be particularly complicated because the law is designed to prevent multiple courts from issuing orders that may conflict and harm the child. If both parents and child live in the same state, the issue of jurisdiction really does not exist, but when a parent and/or child move outside the state once or multiple times, determining which court has authority to issue an initial child custody order or modify it becomes less clear. In a somewhat unusual case, Native American tribal police took action to seize custody of a newborn baby directly from the hospital based upon allegations of abuse and neglect against the parents. While most custody cases do not involve the complexity of the sovereignty extended to Native American tribes, it does serve to illustrate how there can be competing interests over which authority decides a child-related issue. Of particular importance is the fact that a court’s jurisdiction can be tied to whether there is an existing child custody arrangement that only needs modification or enforcement, or if custody is being decided for the first time.

A court’s jurisdiction in child matters is governed by the Uniform Child Custody Jurisdiction and Enforcement Act, a law also in effect in 48 other states. Under this statute, a court has original jurisdiction if it is located in the child’s home state. A home state is where the child lives on the date the court action begins, or where the child lived the previous six months, and though currently absent from that state, one parent still continues to live in that location. Additionally, if no state claims jurisdiction, usually through finding another court is more appropriate, that court may assume jurisdiction if the child and at least one parent have significant connections with the state and substantial evidence of the child’s care protection, training, and personal relationships are located there. Note that a significant connection requires more than merely residing in a state, and is established by producing evidence of the following:

Typically, the ability to modify a custody order remains with the issuing court so conflicting orders are not issued before the original court has had an opportunity to address the issue. A court also has the option of declining jurisdiction, which a judge is likely to do if the child and parent have not lived in the state for a number of years, important evidence and witnesses are located elsewhere, or the distance between the original court and the one seeking jurisdiction is significant, but a party has the financial resources to travel.

As a parent, you know the critical importance of child custody decisions, and need to know the approach you are taking is best for you and your child. The attorneys at the office of Joyce A. Julian, P.A. understand the gravity of your concerns, and have extensive knowledge in protecting parent’s rights. Contact the Fort Lauderdale law firm for a free consultation.