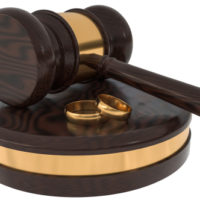 From the outside, it may seem irrelevant where a divorce case is decided. However, laws can vary widely from state to state, and depending upon the issue, only certain courts have the authority to issue a valid and enforceable court order. The authority to hear a case is called jurisdiction, and this concept governs all actions that involve court intervention. Typically, divorcing spouses live in the same area, so petitioning for divorce in that state is not an issue. However, when spouses live in different parts of the country and/or own property in multiple states, this question becomes much more complicated. In a throwback to a divorce from yesteryear, an article published in 1983 about the Burt Reynolds/Loni Anderson divorce, and their fight over which court should hear the case, was recently republished by the Palm Beach Post. While that marriage and any implications from it are long past, the question of which court is most appropriate to decide a divorce remains relevant and important. A discussion of how courts generally obtain jurisdiction to grant a divorce, as well as when they have authority to decide particular issues, will follow below.

The initial jurisdiction a court must have to issue any order in a divorce is the power to dissolve the marriage. Where a couple married, where they lived during the marriage, or where property is located has no bearing on the ability of a court to grant a divorce. Instead, this matter is settled by one or both spouses meeting the residency requirements set out in a particular state. In Florida, one or both spouses must reside in Florida at least six months before filing the divorce petition. Being a resident is more than simply where one lives, and includes an intention to make a state the person’s primary home. Further, one does not have to continuously live in Florida for this six-month period to qualify as a resident, and residency may instead be established by presenting a Florida driver’s license, voter identification card, or testimony or affidavit from a third party.

However, establishing jurisdiction to get divorced does not mean the same court will have jurisdiction to award alimony. In order to have the power to compel the payment of alimony, the payor spouse must have “minimum contacts” with a state. This means a history of residence, previous business relationships, or contacts within the state. In other words, someone who never visited a State or otherwise spent considerable time there will not be subject to a court’s jurisdiction over alimony, even if a divorce could be granted.

Finally, there may be limitations on a court’s ability to address property located or removed out-of-state. Real property located elsewhere may only be wholly awarded to one spouse, as a court in another state does not have the power to force a sale so the proceeds may be divided. Additionally, all property acquired during the marriage is almost always considered marital and subject to division. In anticipation of divorce, some spouses will attempt to keep valuable property by moving it to another state. However, as long as the property is classified as marital, a Florida court would retain authority to control how it is addressed in the divorce. The issue of jurisdiction is one of the more technical aspects of the law, and if spouses and/or property are located in multiple places, an experienced divorce attorney should be consulted about where and how to file the case for a complete resolution.

Speak with a Florida Divorce Attorney

Divorce can present a number of complex legal and practical issues that must be properly addressed to ensure your interests are fully protected. The attorneys at the office of Joyce A. Julian, P.A. have decades of experience handling complex divorces, and can provide the guidance needed to obtain the best possible result. Contact the Fort Lauderdale law firm for a free consultation.