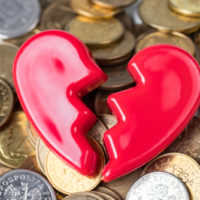 Despite depictions of greedy spouses only out to punish the other party in divorce, most individuals who ask for alimony, or spousal support, truly need that money to make ends meet. Consequently, when payments are not made on time, or stop coming entirely, the financial impact of this lost income is often devastating. Regardless of the former spouse’s view on paying alimony, this is an enforceable obligation that cannot be avoided or ignored without risking negative legal consequences. Those waiting for overdue alimony payments do have options to compel compliance with an existing court order or according to the terms of a divorce settlement, two methods most commonly used to create an alimony obligation. Being proactive by taking action before the delinquent amount grows to a large number makes recovery of the unpaid alimony much easier and faster. Former NFL player Jason Taylor recently settled a dispute with his ex-wife over unpaid alimony stemming from a divorce agreement in 2015 that granted her a lump-sum payment of alimony, but the recent lawsuit claimed Taylor failed to pay the full amount. Ideally, when an issue of this nature arises, the former spouses can settle it privately, although litigation is sometimes necessary to obtain the money owed. A discussion of several legal mechanisms a party entitled to alimony may use to force the former spouse to fulfill this obligation will follow below.

Contempt and Presumption Against Payor

When alimony is initially awarded, the court must first determine if the payor has the financial ability to assume this obligation, and once this question is answered affirmatively, a presumption of a continuing ability to pay alimony stays with the person during enforcement proceedings, particularly contempt. As noted above, alimony obligations are court issued and enforced financial obligations, and the failure to comply with the court’s instructions can be considered contempt of court. Consequently, every time an alimony payment is missed, the party receiving support has the ability to file a petition asking the court to hold the delinquent former spouse in contempt. If a court finds that the payor is willfully refusing to pay alimony, despite the ability to do so, a contempt order will likely be issued, and could potentially impose fines, jail time or both. More commonly, delinquent payors are given an opportunity to purge their contempt, which means paying a certain percentage of the overdue alimony to avoid the issuance and consequences of a contempt order. Note that contempt orders only apply to past non-payments, and cannot be used to compel future payments, so missed payments must precede requesting a contempt order.

Another option to collect overdue alimony is to sue for a monetary judgment, which basically says one party owes another a certain amount of money, and to use the judgment to access certain collection methods. This option is worth pursuing if the payor has assets that can be seized or turned over in a forced sale, with the proceeds going to the party receiving support. Typically, either the local sheriff will forcibly seize assets, or the court will order the delinquent party to turn over property to satisfy the debt.

Finally, the party receiving alimony can obtain a judgment lien against the former spouse, which entitles him/her to ask the sheriff to seize real and personal assets, minus the paying party’s home, to cover the unpaid amount. Alternatively, in case the paying spouse does not have many assets, a judge can order the garnishment of wages and other income so alimony payments are automatically deducted from the payor’s bank account, giving the party receiving support a much better chance at collecting the full amount owed.

Do not allow a former spouse to use excuses to get out of paying alimony. Contact a Florida family law attorney to enforce your right to payment before things get out of hand. Joyce A. Julian, P.A. have years of experience helping clients protect their rights in divorce and family law matters, and are available to discuss the options in your case. Contact the Fort Lauderdale law firm for a free consultation.