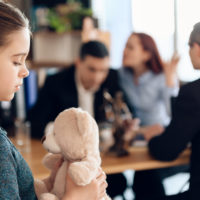 In most cases, the divorce process is lengthy and complex. One of the most difficult areas to resolve typically relates to child custody decisions. Courts will always try to make decisions regarding the best interest of the child and take all the current circumstances into account when making the final child custody determination. However, while child custody modifications are not usually allowed immediately following a divorce, as time goes on, there are several conditions under which it would be appropriate for one parent to request a child custody modification from the court.

As previously indicated, the court will look to the child’s best interest to make determinations regarding child custody. One of the most important foundations of a child’s best interest according to a court of law is the emotional, physical and academic stability of the child. Any troubling or concerning changes in a child’s health or academics should be examined carefully. If you believe that your child is suffering any kind of emotional or mental abuse, you should contact law enforcement immediately. These types of changes are typically solid reasons that a court will alter child custody orders.

Oftentimes, a parent may need to take a job in a different location, including other cities or states. Depending on how far the parent is moving from when the original child custody order was made, there may be a legitimate reason to revisit the child custody arrangement. This is especially true in cases where a child may have to change schools or have any kind of reduction in time with one parent or other family members, such as siblings.

Let Us Help You Today

If you are considering a child custody modification regarding a change in life circumstances, contact the experienced Fort Lauderdale family attorneys at the offices of Joyce A. Julian, P.A. at 954-467-6656 or visit us online to schedule a free consultation to discuss your legal rights regarding your children today.