Responding To False Accusations Of Paternity 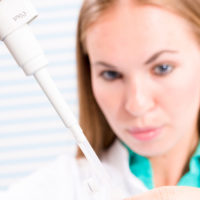 Becoming a parent should be a joyful experience, and it generally is if the child is expected. Being a parent means assuming a number of ongoing responsibilities, particularly financial obligations. It also confers important rights to parenting time and decision-making authority. Unmarried mothers seeking to obtain child support for their child will often file paternity actions that, once established, require the named father to financially support the child until he/she reaches adulthood. Unfortunately, in an effort to capitalize on this legal obligation, some women make false accusations of fatherhood against men either hoping they will not challenge the claim. Paternity is not an issue to take lightly, and if a man has any doubts about whether a child is his, paternity should be challenged if the mother identifies him as the purported father. Public figures are especially vulnerable to such claims, and former NFL player Keyshawn Johnson is currently fighting a paternity suit filed against him by a 35-year-old woman who claims he impregnated her in 2016, and is awaiting DNA test results. Further, other individuals may have a vested interest in challenging a paternity suit, especially a man who believes he is likely the father, and wants an active role in the child’s life. A discussion of ways to challenge paternity, and the circumstances under which a man can petition to have paternity disestablished, will follow below.

Paternity is primarily established in two ways: through evidence of an intimate relationship around the time the child was conceived and/or DNA testing to determine a biological connection. Evidence relating to paternity usually consists of testimony from the parties and other witnesses who can provide information about the existence and timing of an intimate relationship, and any statements or actions made by the alleged father that show an admission of paternity or willingness to support the child. Contesting this type of evidence typically involves presenting testimony that contradicts or brings into doubt the statements made in previous testimony. However, the most common method of confirming or disproving a biological relationship between a man and child is DNA testing. While DNA results are typically more definitive than a person’s statement, that does not mean they are always correct. Ways to challenge the DNA results include providing evidence the alleged father is sterile or demonstrating the lab results were the product of contamination or tampering. Basically, even the most reliable methods available are subject to human error, and an experienced family law attorney will know how to attack unsupported paternity claims so the wrong person is not burdened with responsibilities that rightly belong to another.

While complicated and requiring the services of an experienced family law attorney to most effectively present evidence, it is possible to disestablish paternity despite the entry of an earlier paternity order. Florida law gives men named as a child’s legal father two methods of disproving paternity:

Note that in order to file a petition to disestablish paternity, the petitioner must be current or substantially in compliance with his child support obligations. Further, the man cannot have adopted the child in the interim, prevented the biological father from asserting his rights, or conceived the child through artificial insemination while married to the mother.

Accepting paternity of a child is a big responsibility, and should only happen once you are sure the child is yours. If you have any questions about the child’s parentage, contact an experienced family law attorney to explore your options for contesting any paternity claims. Fort Lauderdale family law firm Joyce A. Julian, P.A. understand the implications of paternity, and will work to see that your interests are protected. Contact the office for a free consultation.