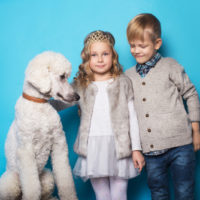 When the state seizes a child from a parent based upon suspicions of neglect or abuse, the parent’s first thoughts typically concern where the child is going, and when he/she is coming home. This scenario is a parent’s worst fear, and the situation can quickly start to feel like it is outside the parent’s control. Having an experienced dependency action attorney to navigate the complex dependency process can provide a small measure of reassurance to the parent, but ultimately, reunification with the child is the goal. Family law courts oversee the dependency process in Florida, and will make the final decision on whether the child is returned to the parent’s care or placed somewhere else. The court oversees the day-to-day management of the case by the Florida Department of Child and Families (DCF), an agency that is supposed to provide parents with the support needed to achieve reunification. DCF is also responsible for reporting to the court on the parent’s progress in correcting issues that led to the removal of the child. While reunification is designated as the primary goal for all dependency cases, a recent story illustrates when certain actions taken by parents could make this outcome more difficult to obtain. A mother fled her home state of Virginia to Florida with her daughter to avoid court-ordered visitation with her husband’s parents, and was subsequently denied custody despite abiding by the court’s orders related to getting her daughter back. A discussion of how courts evaluate reunification in dependency cases will follow below.

The ultimate goal in all dependency cases is finding the child a permanent living situation that is safe and will promote his/her wellbeing, but the preferred outcome is always reunification with the parent. Florida law lists reunification as the primary objective, but if that outcome is not deemed to be in the best interests of the child, the other options for the child’s placement are:

The best interests of the child are the primary factors a court must address in regards to reunification, and while reunification is the supposed to be the highly-preferred outcome, in practice, getting reunited is often complicated and difficult.

How Courts Evaluate Whether to Approve Reunification

Before delving into the process courts use to decide if reunification or another placement option is appropriate, parents facing a dependency hearing should understand two key points. First, parents have rights that must be observed before a child can be permanently removed, and second, the burden to prove reunification should be approved is on the parent.

Within 12 months of the child’s removal, the court is required to assess the likelihood of reuniting the family, and in addition to looking at which placement is in the child’s best interests, must also specifically consider:

In addition, a parent can file a motion requesting reunification, and a court must specifically assess:

A dependency action is not a situation a parent should face alone – the potential consequences are too dire, and the process is too complex. Fort Lauderdale family law firm Joyce A. Julian, P.A. has years of experience helping parents enforce their rights, and can help you fight for your child’s return. Contact the office for a free consultation.