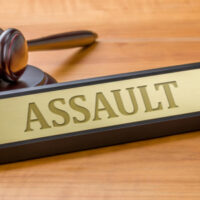 The same day that Fort Lauderdale Beach reopened, police were flooded with calls reporting a man assaulting women on the beach in broad daylight. Drake Kelley of Oakland Park was eventually apprehended after physically assaulting at least four women who had been walking or exercising separately on or near the beach.

One of the women stated that she was power walking when Kelley sped past her in his car, pulled out in front of her, blocking her way, and then grabbed her left buttock with such force that he nearly dragged her to the ground. She stated that he “got right in [her] face,” and was almost “nose to nose” with her when he began laughing and then ran back to his car. Another victim stated that the attacker tried to drag her into his car after forcibly groping her.

Kelley was arrested thanks to witnesses who wrote down his license plate number and provided it to police. A short car chase ensued before Kelley was ultimately arrested and charged with two counts of simple battery and one charge of false imprisonment.

After being arrested in Florida, arrestees are taken to a police station where they may be photographed, finger-printed, and/or included in a lineup. Arrestees are then arraigned, where they (usually with the assistance of counsel) plead either guilty or not guilty to the crime(s) they are charged with committing. Sometimes, their lawyer will already have negotiated the terms of a plea bargain with opposing counsel. This means that the arrestee would plead guilty in exchange for previously negotiated terms. The terms available generally depend on the circumstances of the exact crime and past criminal history, as well as other factors. For instance, for less serious crimes if you do not have a criminal history and are a generally upstanding citizen, your lawyer will likely be able to negotiate a plea deal that requires no jail time. For this reason, it’s always critical that if arrested, you ask for a lawyer at your first opportunity. Alternatively, if no plea bargain is reached, the case may go to a trial. Police may try to convince you that they can help you in order to elicit a confession or information, but only your lawyer can guarantee that they are representing your best interest.

At this point, no information has been provided to indicate how this case will evolve and if it will be tried. However, the number of witness statements and police calls in combination with the fact that the crimes all occurred in broad daylight would create a lot of challenges for the defendant to overcome in a criminal trial.

Talk to an Experienced Florida Attorney

If you or someone you love has been charged with a crime in Florida and are in need of representation, it’s important that you contact an experienced lawyer as soon as possible. With over 45 years of combined experience, the attorneys at Joyce A. Julian, P.A. are ready to fight for your rights and ensure that you receive fair treatment and due process.

Call the Fort Lauderdale criminal attorneys at the office of Joyce A. Julian, P.A. today at 954-467-6656 to schedule a free consultation.