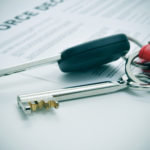 What To Do When A Spouse Hides Assets

The dynamics of divorce vary widely, and directly affect the ability of a couple to effectively communicate and share pertinent information needed to conclude the matter. Spouses with less knowledge about the specific assets the other party owns separately, or property they own together, make it much easier to conceal the full extent of… Read More »

Emerging from Divorce as Friends: The Collaborative Divorce Option

Many people assume that divorce must be a battle between spouses where both vie to take as much as they can from other person. High levels of conflict within the divorce process are easy to envision when the emotional toll of the process is considered along with the important issues that are at stake…. Read More »

Filing for Divorce in Florida

Divorce is not a subject that is typically discussed lightly between couples, and generates a lot of emotion if that is an avenue down which a couple chooses to travel. Once the decision is made that the marriage cannot be saved, though, it is important to consider when and where filing for divorce is… Read More »