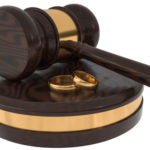 From the outside, it may seem irrelevant where a divorce case is decided. However, laws can vary widely from state to state, and depending upon the issue, only certain courts have the authority to issue a valid and enforceable court order. The authority to hear a case is called jurisdiction, and this concept governs… Read More » 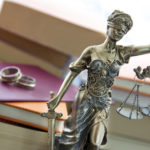 New Bill Would Allow a Guardian to Initiate a Divorce

There may come a time in everyone’s life when they are no longer capable of handling their own personal and financial affairs. In this situation, the appointment of a guardian may be necessary to safeguard themselves and/or their property. The extent of a guardian’s authority can vary based on the needs of the impaired… Read More »

Facing a divorce is a difficult reality for any couple. But, each time another person must be told about the end of the marriage, the emotional turmoil is magnified. Informing certain people, like children, immediate family, and close friends is necessary and unavoidable. However, there often comes a point, once that inner circle is… Read More »

The Advantages of Hiring an Attorney to Get Divorced

There are typically a number of thoughts that crowd a person’s head as they head toward divorce and starting over as a single person again. Things like deciding who will be the primary caregiver for the children or who keeps the family car compete with concerns about telling family members and friends about the… Read More »