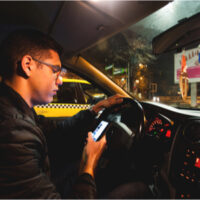 People often use terms interchangeably without realizing that they are different. Careless driving and reckless driving are examples of two terms that many Florida residents use interchangeably, even though the two do not mean the same thing. Both describe driving in an unsafe manner, but there are several differences between these two citations. For example, while one is a civil traffic offense, the other is a criminal traffic offense.

Read on to learn the differences between reckless driving and careless driving in Florida.

Under Florida Statute 316.1925, Florida drivers must drive carefully to ensure they do not endanger another person’s life or property. Failure to drive in such a manner is considered careless driving.

Under Florida Statute 316.192, a driver who drives a vehicle in willful or wanton disregard of people’s lives or property is guilty of reckless driving.

A reckless driver drives a motor vehicle in willful and wanton disregard of life or property, meaning that they intentionally and knowingly commit the offense. On the other hand, a careless driver might speed, weave through traffic or follow vehicles too closely, but they do not do so willfully or with wanton disregard for people’s safety. Generally, whereas reckless drivers’ behaviors are intentional, careless drivers’ actions are mostly accidental. For example, a careless driver might find themselves following another vehicle too closely not because they intended to do so, but because they miscalculated the following distance.

When charged with reckless driving, you must seek legal representation immediately because of the offense’s criminal nature. An individual charged with reckless driving can defend themselves in several ways. For example, since the prosecution must prove that you acted intentionally, your attorney can try to prove that your actions were unintentional. Consult a qualified criminal defense attorney to learn about your options. A person accused of careless driving should also seek legal representation because no penalty is ever a small penalty.

If you have been charged with careless driving or reckless driving and need legal help, contact the Fort Lauderdale criminal attorneys at the office of Joyce A. Julian, P.A., today at 954-467-6656 to schedule a consultation.