The Effect of Domestic Violence on Divorce Cases 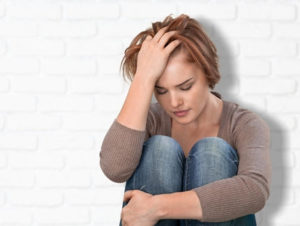 There are a few events in life almost guaranteed to create a large amount of stress and anxiety – death, starting a new job, and getting divorced. Divorcing individuals are especially prone to experiencing these emotions because divorce affects people far beyond the couple ending their marriage.

Even in relatively easy divorces, it is usually extremely stressful when a person tells his/her spouse they do not want to be married anymore. Stress is much higher, and legitimately turns to fear in most cases, when the other spouse has a history of domestic violence. Many individuals in these violent relationships are forced to secretly move out of the home and then serve divorce papers in order to avoid being attacked.

The state understands the precarious position abused spouses face when seeking divorce, and consequently includes a number of provisions in Florida divorce law that directly reference this issue by attempting to put safeguards in place to shield the abused spouse from the influence of the abuser. It may seem like domestic violence issues are mainly contained within lower economic classes, but recent allegations of abuse by actress Amber Heard against her husband Johnny Depp show that this behavior can happen anywhere. In order to help those considering divorce due to an abusive relationship, an overview of the law on this issue will follow below.

Most provisions in the law related to divorce and domestic violence involve issues surrounding child custody and visitation for couples with a history or allegations of domestic violence. The law’s main concern is protecting the child from potential violence posed by a parent with violent tendencies toward the other parent or members of the household. This is especially important because it is not uncommon for most of the tension in a divorce to center around child custody and visitation. One tool the courts use to help resolve conflict between parents over child-related issues is to refer parties to parenting coordination. This is an alternative dispute resolution process where a neutral third party attempts to help parents formulate or implement parenting plans. However, if there is a history of domestic violence, the law specifically requires the court obtain the consent of both parties before it can refer a case to this process. Further, the court must give the parties the option of consulting with a domestic violence advocate before providing consent, and the judge will probe to ensure any consent is given freely and voluntarily.

If a party alerts a court to the possibility that a parent may violate the terms of the parenting plan by removing the child from the state or country or concealing the child’s whereabouts, the court can take a number of actions to guard against that possibility. One option that specifically relates to domestic violence is the imposition of a bond on the parent at risk of violating the parenting plan. This means the court can order a parent to post money or collateral worth a specified dollar amount as an incentive to remain compliant. If the parent violates the parenting plan, the bond is forfeited, and that parent loses whatever money or collateral he/she pledged. One factor that courts use to decide in favor of requiring this option is a history of domestic violence. Note that the law does exclude the victims of domestic violence from this provision in case removing or concealing a child is done in order to prevent additional acts of violence.

Electronic Communication between Parent and Child

Finally, if a court is considering ordering electronic communication between a parent and child, it must first assess if this communication is in the best interests of the child. One factor that goes into that determination is if a parent has a history of domestic violence. If that is the case, a judge would likely be inclined to institute safeguards to protect the other parent and the child if communication is granted, or alternatively, it could deny communication entirely.

Talk to a Family Law Attorney

Issues of domestic violence unavoidably complicate any divorce proceedings, and should be of paramount concern to the court so the victims are protected. If you are a victim of domestic violence, to best ensure you receive fully protection allowed under the law, hire an experienced family law attorney who knows how to use the law to help you. The Fort Lauderdale law office of Joyce A. Julian, P.A. understands your concerns, and will work to keep you safe. Contact the office for a free consultation.