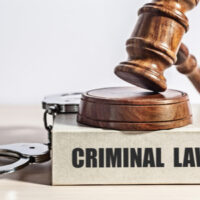 It is unlawful for a driver to leave the scene of an accident without executing their legally mandated duties. Nonetheless, according to the FLHSMV, close to 25% of all Florida accidents involve hit and run even though. Law enforcers generally assume several things when a driver flees from the scene of an accident. Many associate the act with drunkenness or intoxication. You cannot blame law enforcers for assuming this because it turns out to be the truth in many cases.

Keep reading to understand what you need to do after an auto accident to avoid being charged with hit and run. Also, get to learn the penalties you risk facing if you fail to comply.

What Does the Law Expect a Driver To Do After an Auto Accident Happens?

Under Statute 316.061, any driver involved in a crash, which results in damage, needs to stop their vehicle. If they cannot stop at the exact scene of the accident, they should stop somewhere near it. After stopping, the law expects a driver to provide certain details to law enforcers, injured parties, occupants of the other vehicle, or individuals managing any damaged property or vehicle.

A driver is expected, upon request, to provide their name, address, and any other information deemed necessary. In cases where someone is injured, drivers are also expected to render assistance.

Penalties for Fleeing the Scene of an Accident in Florida

The penalties a guilty party faces depend on the specifics of the case. Below is a simple breakdown of the different penalties.

A driver who flees from an accident scene having damaged only property risks spending two months in prison. A fine of up to $500 is also applicable.

A person found guilty of fleeing the scene of an accident, leaving someone with injuries, commits a third-degree felony. This felony carries a penalty that includes a jail term of up to five years and up to $5,000 worth of a fine.

Hitting someone and leaving them dead is the most severe hit and run offense. The penalties for the crime include a jail term of up to 30 years and a fine of up to $10,000.

Drivers charged with both DUI and hit and run stand to face penalties for both crimes.

Let Joyce A. Julian, P.A. Help You With Your Case

If you fear that law enforcers might be coming for you due to allegations of a hit and run, or are already under investigation, contact the Fort Lauderdale criminal attorneys at the office of Joyce A. Julian, P.A. today at 954-467-6656 to receive proper representation.