The Role of Case Plans in Dependency Cases 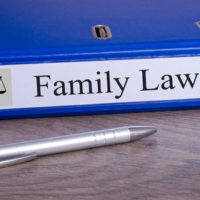 Being forced to defend one’s parenting skills and ability to provide for a child is easily a parent’s worst nightmare. And, any parent involved in a dependency case knows firsthand how stressful and frustrating this situation is. Commonly, when the state is motivated to intervene over the care of a minor child, the child is removed from the care of the parents for at least a short period of time. During the time the child is away, the court evaluates the legitimacy of the claims against the parents and investigators from the Department of Children and Families (DCF) start to decide how the household should be changed so the child returns to a safer environment. Florida law prefers that dependency cases end with the child and parent reunited. In order to make this preference a more likely reality, case plans are developed by DCF and approved by the court that outline the actions a parent must take before the child will be returned home. Understanding the role of case plans and the types of terms often included will help parents going through the dependency process increase their chances of reunification with their child.

To better understand the purpose of a case plan, one should first have basic knowledge of the early stages of the dependency process. It starts with an allegation reported to DCF that a child is the victim of abuse, abandonment, or neglect. Removal of the child occurs if the DCF investigator sent to look into the allegations believes the child is at risk of imminent harm. If removal happens, a shelter hearing must be held before a judge within 24 hours so the court can determine if the child will return home or remain in the custody of another person or group home. Regardless of the outcome of the shelter hearing, if DCF decides supervision and/or services are needed to for a child’s long-term wellbeing, a case plan will be developed. Note that at no time during a dependency case is a parent compelled to admit guilt to the allegations against him/her. A judge will determine if DCF has proven the parent is guilty of abuse, neglect, or abandonment, and admitting guilt will not increase a parent’s chance of getting the child home.

The case plan is a document prepared by DCF with input from:

Its development must occur in a face-to-face conference, and the parent has right to have an attorney present to assist him/her at this meeting. The case plan must be written in a language the parent understands and contain the following information:

Further, the parent must be informed about the number of face-to-face meetings that will occur each month to review the plan’s progress, remove obstacles to compliance, and resolve points of disagreement. The services commonly offered to parents include mental health counseling, drug treatment if applicable, parenting classes, and household management.

A dependency case is a scary and overwhelming process for most parents that is best approached under the guidance of an experienced family law attorney. The Fort Lauderdale Law Office of Joyce A. Julian, P.A. understands how devastating these cases can be and will fight to represent your interests in front of DCF and the court. Contact the office for a free consultation.