What to Do after a Domestic Violence Incident 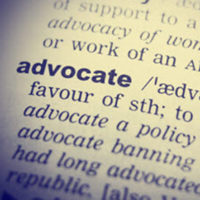 A period of incarceration or a significant fine can accompany a conviction of domestic violence, so it is important to consult with an experienced criminal defense attorney as soon as possible after the incident. Additionally, it is also important to maintain any mandated distance away from the other party to the domestic violence incident.

A domestic violence charge resulting from a physical altercation can be difficult to discuss for some people which leads to police reports that do not portray a clear picture of the events that lead to your arrest.

It is important to talk with an attorney so that your side of the story can be documented and steps can be taken to initiate an investigation so that counterarguments can be discovered and effectively presented by your lawyer.

In a relationship that involves domestic violence charges, there is usually already some element between the two parties that involves sexuality. Finding a defense against a sexual abuse charge can be complex because relationships are usually quite complicated. Navigating the law with an experienced attorney is most helpful in developing a defense.

Can a domestic violence charge impact a family law issue?

Family law covers matters relating to divorce, separation, child custody, and others. If you are charged with domestic violence during the course of a divorce or custody dispute, there may be family law ramifications.

If you are convicted of a domestic violence charge, it could become a deciding factor in family law matters – like whether or not you would receive custody of your child. Family court and criminal court are different.

Issues arising in family court are usually resolved by the two parties in question with the help of a determiner third party. However, the criminal court is adversarial where any person charged with a crime faces the state’s attorney, who can use the immense powers of the state to prosecute, convict and institute a criminal sentence.

Contact an attorney to plan a defense strategy today!

Working to ameliorate the effects of a criminal domestic violence charge can have on your family law matter is a legal intersection that our law firm has successfully navigated in the past.

Fort Lauderdale criminal attorney Joyce Julian has unique experience and perspective practicing criminal law. For more than six years, she worked as a Broward County Circuit Court judge meaning that she oversaw hundreds of criminal trials. Joyce Julian will bring that experience to your case and will fight for you to be treated equitably.