When is an Arrest not an Arrest? 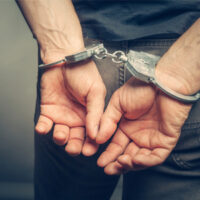 It turns out that an arrest might not be an arrest unless an officer’s intention to arrest is actually communicated.  In an April 2020 decision (Florida v. Cheeks, 2020) by the Florida Fourth District Court of Appeal, criminal charges against Leronce Cheeks were brought back after being dismissed earlier by the trial court.

Mr. Cheeks was charged with sexual battery of a victim who was attacked in the early morning of September 30, 2017.  Shortly afterward, the victim’s husband found Cheeks and held him down until police arrived.  The trial court noted that the police officers searched him, placed him in handcuffs, questioned him in the police car, read him his Miranda warnings, and interviewed him at the police station, all over the course of seven hours.

On November 28, 2019—more than a year later—the State charged Cheeks with sexual battery in connection with the investigation and formally arrested him.  The trial court dismissed the case for the State’s failure to charge Cheeks within the 175 day speedy trial period required by Florida Rule of Criminal Procedure 3.191, finding his detention on September 30, 2017 constituted an arrest for the purposes of the speedy trial period.

Specifically, the trial court identified the four factors under Florida law that determine whether a person has been actually arrested for speedy trial purposes before being formally arrested:

1) whether the purpose or intent of the authority is to effect an arrest;

2) seizure of the person;

3) a communication by the arresting officer of an intention to effect an arrest; and

4) whether the person believes the arresting officer is there to arrest and detain him.

In analyzing each of these factors, the trial court approached the factors from the perspective of “what a reasonable person would perceive” and concluded that the September 20, 2017 detention was in fact an arrest.

The appeals court, while affirming that the proper factors were relied on, ruled that Florida law requires that some of the factors must be determined not from a “reasonable person” view but from the subjective intent of the police and the detainee.

In this case, the detectives testified that standard procedure requires searching and handcuffing a suspect for officer safety.  The detectives testified that they did not intend to arrest Cheeks at that time because more investigation was needed.  Also, questioning a suspect who is given Miranda warnings does not automatically turn that detention into an arrest for speedy trial purposes.

The appeals court also disagreed with the trial court’s view that actual communication of an intent to arrest is unnecessary when police actions give evidence of the intention to arrest.  Instead, the appeals court stated that actual communication of the intent is needed to clearly gauge whether an arrest has been made.  In this case, the detectives never told Cheeks that he was arrested, and they stated that he would be released in a few hours.

Applying a different analysis to the same law, the appeals court reinstated the criminal charges against Cheeks.

Do you know somebody who has been questioned by police or arrested?  Do they have expert guidance on what rights they have? If you are facing possible criminal charges, reach out to a criminal defense attorney in Florida for help.  An experienced Fort Lauderdale criminal lawyer can help you evaluate your individual situation and fight for your rights.  Call the office of Joyce A. Julian, P.A. today at 954-467-6656 or visit us online to schedule a free consultation.