When Parents Disagree About A Child’s Medical Treatment 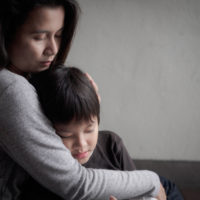 Outside of education and day-to-day activities, making decisions about a child’s medical treatment is one of the primary duties of a parent. Agreeing on appropriate medical treatment for a child can generate disagreement among happily married couples, and divorced parents are even more likely to experience conflict over this issue as part of sharing custody. This means parents must be on top of their child’s health, and remain ready to make quick decisions when necessary. When divorced parents cannot agree on medical treatment, or only one makes a major decision without input from the other party, what response is available and appropriate? What about a parent who refuses medical treatment? Can the other parent object, and have it performed anyway? A South Florida mother is under investigation by state authorities after her son died from severe burns because she refused to seek medical treatment. This situation is unusual and veers toward the extreme, but more benign motivations could still be considered detrimental by another parent. A discussion of how the law views disagreements over medical treatment, and which actions a concerned parent can take to address this situation, will follow below.

Florida wants each parent to share responsibilities for a child, both in parenting time and decision-making authority. Thus, absent evidence that a parent poses a detriment to a child, each parent will typically hold authority to obtain information related to his/her child and make important life decisions. Further, both parents receive full rights to access the child’s information, including school, medical and dental records, unless the court specifically revokes or limits this right. The main determiner of whether a parent should receive authority over child-related decisions is the best interests of the child, a standard that governs all court-reviewed decisions on a child’s welfare. A judge must evaluate a number of factors to ascertain which arrangement is in the child’s best interests, and those particularly relevant to decision-making include:

When it comes to medical decisions specifically, the parenting plan governing the parent’s relationship with the child needs to include provisions about this issue to prevent the need for court intervention to settle a dispute. Non-emergency medical decisions are particularly important to negotiate in advance since there is no immediacy pushing a need for action, which makes them more susceptible to disagreement.

A parent’s authority to make emergency and non-emergency medical decisions are treated differently by the courts due to the obvious necessity of one and the elective nature of the other. Whichever parent is available to make an emergency medical decision is always permitted to do so without first informing the other party or getting consent. Non-emergency decisions, on the other hand, do allow for consultation with the other parent, but ultimately, one parent should be given the power to make such decisions on his/her own, so the child’s medical care is consistent. Nevertheless, courts who previously considered this issue held one parent is sufficient to proceed with treatment. Consequently, parents who are concerned about their child’s wellbeing due to the type or lack of medical treatment administered by the other parent could seek to modify the parenting plan, and ask for sole responsibility on this issue.

Your child’s welfare is a top priority, so you want to make sure your child custody arrangement adequately protects your parental rights and the needs of your child. Joyce A. Julian, P.A. has decades of experience helping clients in the Fort Lauderdale area handle this sensitive issue, and is available to assess the legal options in your case. Contact us for a free consultation.