When Will a Court Choose a Relative over a Parent? 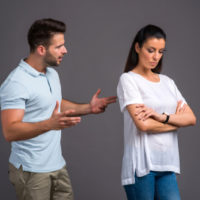 No parent wants to see their child taken away or find themselves otherwise blocked from seeing him/her. This separation is devastating, and if it becomes permanent will forever change the lives of both the parent and child. This possibility lies at the heart of dependency cases and is the primary reason parents facing this situation need a family law attorney with experience in dependency cases to protect the parents’ interest. The stakes are too high to handle it alone, and the legal process for dependency cases is particularly complicated and often not on the parent’s side. When a child is removed from the home, the options for placement are a shelter, foster home, or relative. For the child’s well-being, placing him/her with a relative is the preferred option. However, because a relative is a more stable and advantageous option than the foster system, parents may have the additional worry that the court will more readily side with keeping the child with the family member over reunification. Custody of the child of late rapper Nipsey Hussle is in dispute between the child’s mother and the late rapper’s sister, and now the State is getting involved to provide input on which home would be best for the child. The dynamics of leaving a child with a relative versus a non-related caregiver are different.

State agencies have a duty to locate and qualify family members as potential foster placements for children removed from their home due to welfare and safety concerns. How permanent this arrangement becomes depends upon whether a court decides it is necessary to institute a case plan to remedy a safety issue in the home environment, such as drug abuse, illegal activity, or neglect, the parent’s level of compliance with the plan, and the appropriateness of returning the child to the home in light of the parent’s actions. Permanent guardianship is commonly implemented if reunification is not approved, which allows the child to maintain family connections, and in many cases allows for contact between the child and parent. Thus, the parent’s rights are not terminated in this instance, and if reunification is not likely, acquiescing to this option may be the best choice.

Even though relatives are the preferred placement options in a dependency case, they still have to meet certain requirements before the child will be permitted to live with them. Thus, background checks must be conducted, as well as home studies to verify the relative can provide a safe and supportive environment that addresses the child’s well-being. However, the relative does not need to meet the requirements used to issue licenses to foster homes, and if adoption is approved, the process is significantly simpler and faster.

The law will always favor parental placement over a non-parent, even relatives, but because the family connection will be maintained, a judge could be more inclined to institute a permanent guardianship, instead of pushing for reunification if issues with the case plan emerge. This possibility is one of the many reasons an experienced dependency attorney should be the first phone call when State child welfare investigators appear at the door.

Only a parent can truly understand the terror of seeing their child taken away, and getting him/her back is an imperative. If you are facing this situation, talk to the Fort Lauderdale dependency attorneys at the office of Joyce A. Julian, P.A. right away about how best to respond. Time away from your child can never be regained, so take quick action, and call us today for a free consultation.