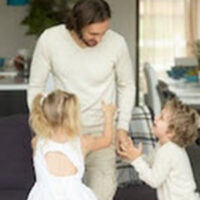 Florida courts usually do their best to make timesharing decisions in the best interest of the child. However, sometimes, mistakes happen. As a parent in the state of Florida, you have the legal right to appeal a child custody/timesharing judgment if you disagree with the court’s decision. In Florida, the window to request an appeal is time-sensitive, and it is crucial that you remain aware of this. A Notice of Appeal needs to be filed with the lower court that issued the original judgment within 30 DAYS of a final judgment. After you do the filing, the lower Court will send your notice to a Florida district court of appeal.

If you answered yes to one or both questions, then you have a real chance at convincing the Appellate Court to reverse in whole, or in part, the original child custody/timesharing judgment.

Did the Court Misinterpret the Law or Facts?

Suppose a judge in the lower court failed to consider a legal requirement or applied the wrong legal analysis. In such a case, if you file an appeal, the Court of Appeal will apply a “de novo” standard of review. According to Cornell Law School, when a Court hears a case de novo (Latin for “of new” or “from the beginning”), it decides matters without reference to any conclusion or assumption made by the court that issued the original judgment. In short, if an appellate court applies the de novo standard of review, it will review your case as if the lower court had not rendered any decision.

Did the Court Consider All the Factors Listed Under Florida Statute 61.13?