Beneficiary Vs. Heir: What Is The Difference? 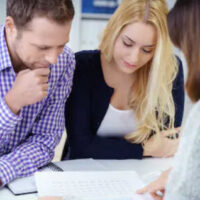 During probate, people often use the terms “heirs” and “beneficiaries” interchangeably because, on the surface, these two terms seem like they have the same meaning. Indeed, both heirs and beneficiaries are inheritors of a decedent’s estate. However, in probate, each term has a distinct legal definition. It is crucial to know the difference between heirs and beneficiaries because not understanding the difference between the two can cause confusion and unnecessary complications during the probate process.

In this article, we will look at the difference between “beneficiaries” and “heirs”.

Who Is a Beneficiary?

In a Florida probate matter, a “beneficiary” is an individual specifically named in a decedent’s will and has the right to receive assets transferred through the decedent’s will. A beneficiary can be anyone, or even an entity, such as a trust or charitable organization. A beneficiary does not have to be a family member.

Who Is an Heir?

On the other hand, Florida law defines an “heir” as any individual who is entitled under the state’s intestate succession laws to the property of a decedent. This means that the term “heirs” applies in a situation where an individual dies without a will. Unlike the case with beneficiaries, heirs are usually relatives of the decedent.

Florida statute 732.103 gives guidelines on how the estate should be divided in case the decedent has no living spouse or children and didn’t have a will in place. For instance, if there is no descendant, the intestate estate not passing to the surviving spouse or the entire estate passes to the decedent’s mother and father equally, or to their survivors.

Who Has the Greater Right to an Estate?

Simply put, legally expressed wishes always take precedence. This means that if there is a will, beneficiaries will have the first right to a decedent’s estate assets. On the other hand, if a will is non-existent, or invalid, estate assets will be distributed according to the predetermined statutory order.

Do you have any questions or need assistance with the Florida probate process? If so, contact an experienced Fort Lauderdale probate attorney at Joyce A. Julian, P.A. today.