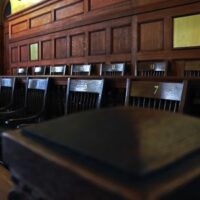 A jury consists of citizens chosen to listen to the facts of a case and make a decision regarding criminal justice. There are two types of juries: petit juries and grand juries. When people think about a jury, they are probably thinking about a “petit jury.” Many people do not know about the other kind of jury. On the other hand, some people confuse grand juries with petit juries and vice versa. Understanding the difference between petit juries and grand juries is quite important. Because we know this too well, in this article, we discuss what a grand jury is and what a petit jury is, and the differences between the two.

Usually, grand juries work hand in hand with prosecutors who, among other things, explain the law as required at that period to the jury members. Additionally, members of a grand jury are allowed to look at any evidence they want to and interrogate anyone they think might help in the case.

In a criminal case, a petit jury is a type of jury called in the trial of a specific case to decide whether or not a defendant committed the crime as charged. This is the jury that a criminal defendant is guaranteed at trial by the Sixth Amendment of the U.S. Constitution.

There are several differences between grand juries and petit juries. Below are some of these differences.

If you need more information on grand juries and petit juries or help with a criminal case, contact an experienced and dedicated Fort Lauderdale criminal attorney at Joyce A. Julian, P.A., at 954-467-6656.